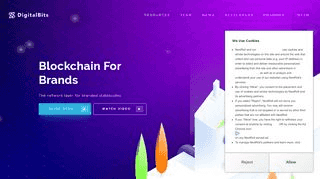 Add to Watchlist
DigitalBits closes the gap of blockchain adoption by integrating with consumer apps - unlocking value in the pockets of millions.

DigitalBits is a third generation protocol over the former Stellar network, that shares many of the same benefits, but differs in key aspects that support an enterprise-grade blockchain.

By tackling the challenges of useability and mainstream adoption, DigitalBits sets an initial focus on the points economy seeking to enhance the liquidity and utility of these digital assets locked in many applications.

The built-in decentralized exchange equipped with multi-hop technology creates a flexible marketplace for consumer assets, such as loyalty points and other non-fungible tokens, facilitating seamless transfer of value.

The DigitalBits blockchain launched MainNet in March of 2018 and has already demonstrated that it can drive mass scale adoption. We expect to attain in excess of 20M user accounts in 2019 - furthering the vision of a global token economy.

DigitalBits has received multiple early access program (EAP) entrants from some of the largest loyalty and enterprise companies in the world. 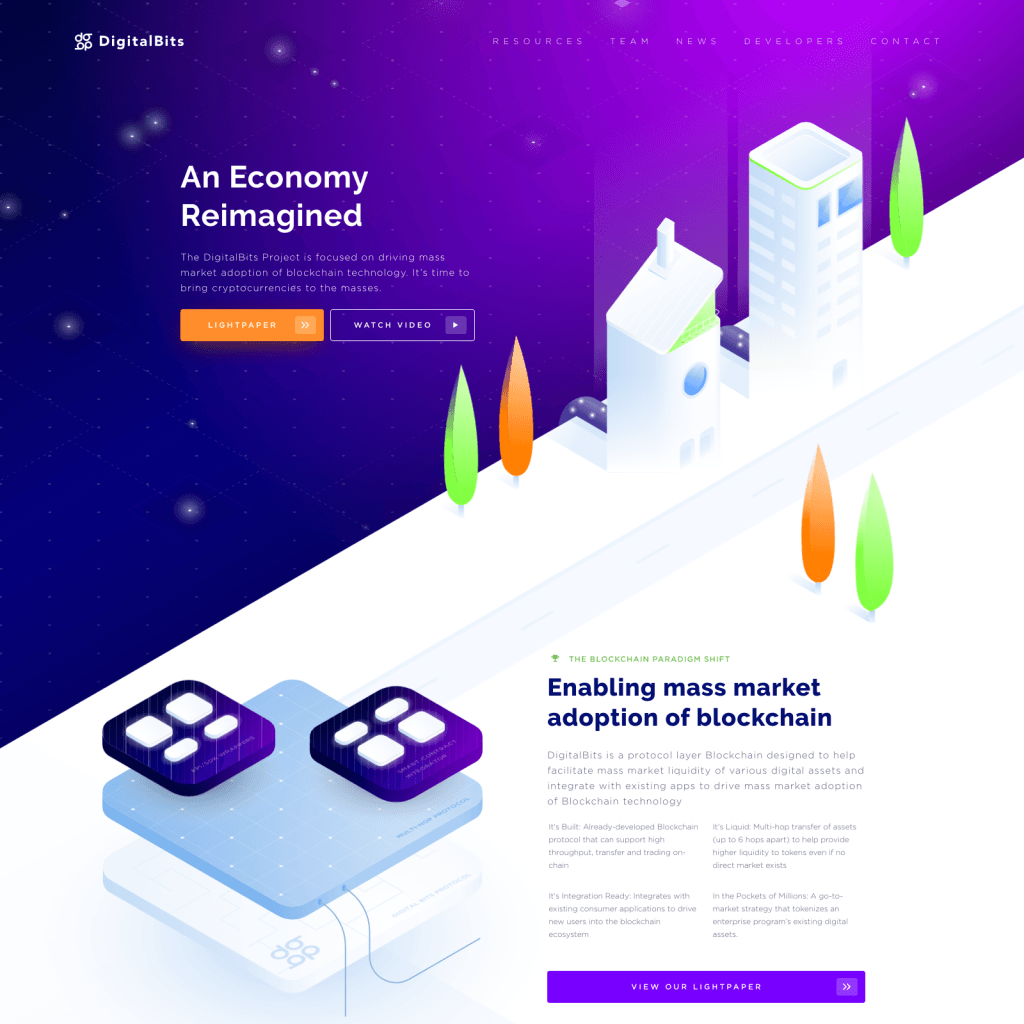 Upcoming
Dailycoin
DailyCoin has built a decentralized eCommerce platform, on the Ethereum Blockchain, and payment solution system. The aim is to provide that financial payment solution with little or no hassle, with next to nothing or no transaction fee, allowing people to buy or pay for those services they are used to on their platforms or merchant sites. The goal is to make everyone’s daily experience an easy one while buying those tickets, paying for shopping items or even making hotel reservations.

Active
Origin Protocol
Origin is building a platform that enables the creation of many decentralized marketplaces, allowing buyers and sellers to connect and transact directly on the blockchain. The company is building a set of protocols, developer libraries, and a decentralized application using the Ethereum blockchain and IPFS, with an initial focus on disrupting sharing economy marketplaces. Origin's mission is to reduce or remove transaction fees, promote open and transparent commerce, redistribute value more fairly to buyers and sellers, and empower the 2 billion currently unbanked individuals around the world to participate in digital marketplaces.

Upcoming
Plentix
The advent of cryptocurrencies and the tokenized economy makes it possible to re-imagine the entire value chain of consumer, products, and producers from a referral perspective. We present Plentix, a tokenized platform that enables users to refer other users to a business entity and enables business entities to leverage existing APIs for industry specific referrals and allows for safe, secure, trustless value exchange to take place. Unlike other referral platforms, Plentix unleashes the potential of a new global ecosystem to monetize referrals for every stakeholder, from the producer to the consumer.

Active
2local
2local a loyalty platform supporting sustainability and prosperity for all. Driven by its own L2L-coin on a new ultra-fast blockchain with Decentralized Exchange (swap) build on top of it. The new blockchain will be fully ERC-721 compatible for other projects to build their token on. 2local - New blockchain - New L2L coin - Decentralized Exchange (swap) - Smart contracts ERC-721 - Loyalty Platform (Cashback) ‘2local of the people, by the people, for the people....’

Upcoming
Mind AI
Mind AI is an artificial intelligence engine that is capable of human-like abstract reasoning without the need for big data or supercomputers. With its ability to contextualize information and reason, Mind AI is able to generalize knowledge, a feat that no other AI today is capable of. By being able to learn on its own, Mind AI will be able to formulate its own hypotheses and models of how things work, augmenting human intelligence.