Uprightly is independent of any other platform, so users’ Uprightly reputation can follow them everywhere, online AND offline.

It makes use of the Ethereum blockchain to assure fair play and avoid censorship and manipulation.

Uprightly also includes a world-class user interface application that allows users to see the reputation of users and create reviews for users.

It can be integrated in to all sorts of third-party applications via a robust API, as well.

There are many issues facing efficient markets today. Some are pervasive in all markets while some are unique to decentralized markets:

Uprightly solves these problems with a unique combination of blockchain-enforced features and economic incentives. Coupled with a delightful user-interface, the technology behind Uprightly creates an easy, robust, secure, decentralized and reliable protocol with which users can invest in their reputations both online and offline. This protocol acts as a unifying reputation system across any platforms that a user conducts business. Since Uprightly is platform-agnostic and can be used anywhere, an API is also in the roadmap to allow other services to integrate with this reputation system.

How does it work?

Uprightly is designed in accordance with the idea that it should be cheap to maintain a great reputation and very expensive to try to game the system or be uncooperative. There are three major components to the Uprightly solution:

Our team consists of several experienced software engineers with backgrounds in economics, law, and distributed systems. 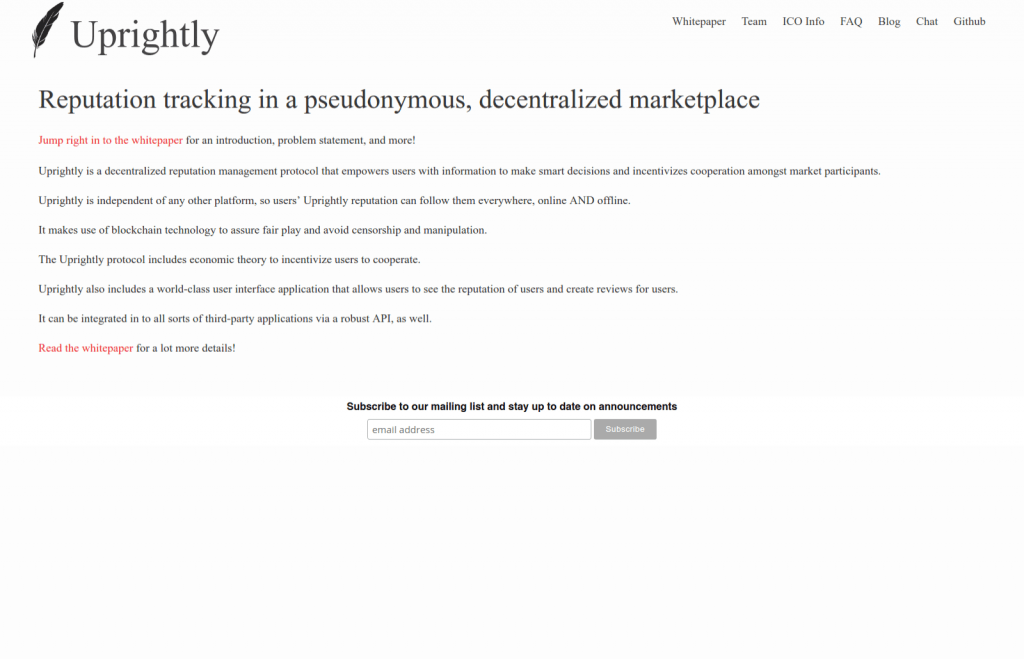 Upcoming
Co-DEX Exchange
Co-DEX is a Decentralized trading platform for cryptocurrencies, built on vanguard security infrastructure and using a revolutionary system. Co-DEX is an exchange created by the community, for the community, thus Co-DEX will be the first exchange that will apply a NO FEES policy on transactions, the users being required to cover solely the transaction cost of the miners and/or validators that register the action on the blockchains. Experience direct peer-to-peer trading without the security risk of trusting a third party, thus having complete control of your assets at any time.