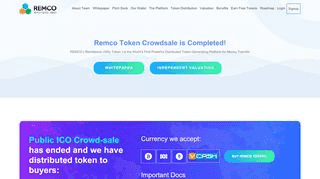 Add to Watchlist
REMCO blockchain solution is a Tokenized money transfer platform with unparalleled speed, designed for licensed money transmitters. REMCO's technology platform provides money transmitters, agents and customers a proven "out-of-the" box ledger solution to move money at the speed of thought. Per the pilot conducted by VTNGLOBAL in the States of Georgia and Illinois in comparison to the traditional way of sending money, the test reveals that the REMCO process is ten times faster and more affordable. It's a Powerful Distributed Token-Generating Platform for Money Transfer. The REMCO Token Generating Platform’s APIs to allow any licensed money transmitter to mint programmable Tokens to move value and leverage distributed ledger advantages at speed and scale, while also offering innovative compensation to all transaction stakeholders. Our Token is Jurisdiction and Money Transmission Flow Agnostic. Meaning it works with the existing model. The parent company has Money transmitter and mobile payment licenses and has processed billions in transactions with millions of subscribers. The parent company has many jurisdictional money transmitter licenses in the USA and CBN licenses for mobile payment and international money transfers. These businesses will be the first client of REMCO post-launch ensuring instant usage of REMCO's blockchain infrastructure. We have existing integrations and process transactions daily for well-known corporates such as Western Union, IDT/Boss Revolution, Transfer-To, and many others. Currently serving over 3.6m subscribers and over $700,000,000 in volume in the last 24 months. Peter Ojo, also VTNGlobal's CEO, has a history of taking first mover advantage with FinTech solutions deployed in Nigeria that still lead in that market. His Nigerian company, VTNetwork Limited, holds two licenses with the Central Bank of Nigeria for mobile payments and international money transfer, in a country of over 180 million population, where most are unbanked. The company also plans an initiative that may have an even larger industry-wide impact. It will apply for a national bank charter in the USA, a new designation recently announced from The Office of the Comptroller of the Currency and will launch an MSB-centric bank, to serve the needs of licensed MSBs across the USA. Remco has big plans with an ICO this Fall that will build out the RemittanceToken platform capabilities, and fund rapid expansion across the USA and into many more markets.
read more 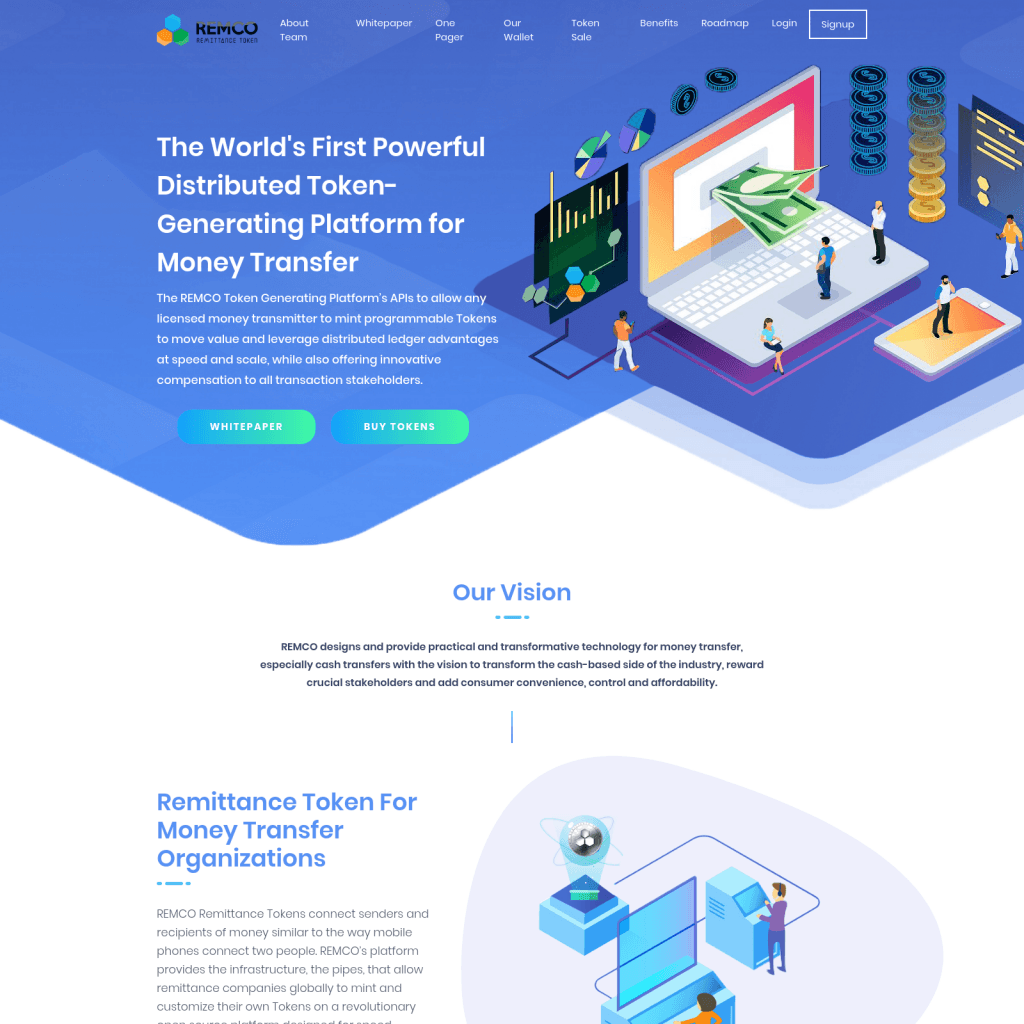 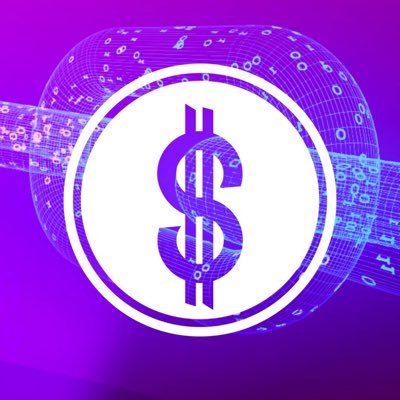 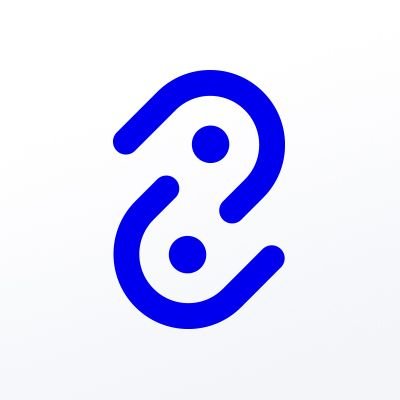 Upcoming
Ispolink
Ispolink is cutting-edge automated matchmaking job board platform that leverages Blockchain and Artificial Intelligence (AI) technology to address one of the most fundamental challenges that exist nowadays – sourcing and attracting qualified personnel. We strive to empower companies operating in the blockchain and IT domain to fill their positions by providing them a full spectrum of tools to conduct and manage in-house the entire recruitment process efficiently - ranging from candidate sourcing, screening, through the various stages of interviews until the final offer, eliminating the need of intermediaries such as HR agencies. As per the job seekers, the platform is tailored to improve their overall experience by reducing the prolonged job searching, the endless waiting for feedback, coupled with convenience to receive the best offers with only a few clicks. Ispolink’s blockchain based product facilitates the processes for filling roles by providing a full cycle recruitment system. The platform will make the entire recruitment process more transparent, optimized, automated and also to help organizations to enhance their internal communication which will result in substantial cost and time reductions

Active
Tempo
Tempo is a French licensed, Paris-based, European-wide anchor for Stellar blockchain payments. The company offers online, offline and digital backed remittances to nearly 100 destination countries with over 300 physical agent locations. Tempo is creating the easiest, fastest and most secure bridge between cash and crypto.

Upcoming
Elements Estates
"Elements Estates is creating a Blockchain-based platform with underlying unique portfolio of real estate deriving from banks’ distressed assets. The platform will offer the ability to utilize ELES tokens through purchase or rent of real estate and other services, all primarily related to newly developed and modern properties in platform ownership. Elements Estates is giving you the opportunity to get involved in something that will enable growth of token value from unlocking the hidden value of the distressed assets deriving from non-performing bank portfolios, usually reserved for major players."