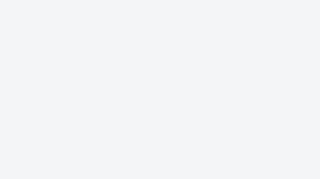 Upcoming
RewardsToken
Rewards.com is introducing a global marketplace that brings together over 100,000,000 products and 7,000 merchants, including restaurants, travel, entertainment and retail. This marketplace will allow customers to earn and redeem, what we call RWRD tokens, at any participating merchant or be traded on the exchanges. We believe this solution will transform loyalty by taking cryptocurrency mainstream, building a healthy and strong token economy and restoring true value to the consumer reward.

Upcoming
AITrading
AITrading is a revolutionary trading ecosystem, which simplifies experience both for experienced traders as well as for newcomers. It gives tens millions traders the ability to live normal life while AI works for them. AITrading combines AI and Blockchain technologies with trading community capabilities on a single platform.

Upcoming
TillBilly
TillBilly aims to bring blockchain to the mainstream retail. TillBilly is a Stellar based digital payments network with a unique point of sale hardware terminal that empowers everyday shoppers to make contactless payments, automatically get digital receipts (tax invoices) and collect loyalty reward points, without the complexity or price volatility associated with cryptocurrencies TillBilly bypasses the middlemen Merchant Services providers (card processing companies, payment gateways) who charge high processing fees per transaction (1.5% - 3.5%) and provides an ultra low fee payments network, so the shopper pays less, and the merchant gets more Protects both shoppers and merchants against any cryptocurrency price volatility. Provides a seamless way of funding wallets within app, and making payments through our proprietary tap-and-go (NFC) payment terminals. Complexities of blockchain and cryptocurrencies are hidden from shoppers and merchants.

Upcoming
Blackfol.io
Blackfolio is the smartest social trading platform to manage your crypto wealth. Connected, supporting main exchanges and assisted by our artificial intelligence, we are building your futur every-day companion app. Accessible from desktop or mobile, you earn time and get a clear view of your profit & loss.