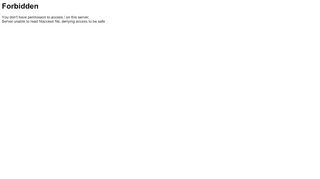 Add to Watchlist
A forward contract acts as a bilateral agreement between two counterparties looking to buy or sell a commodity for a fixed price on a future date in a specific delivery location. Such contract is often manipulated and left unsettled, due to lack of liquidity or due to one party’s failure to meet the contractual obligation and deadline of the payment stated on the contract. ChainTrade solution will reinforce the use of forward contracts (delivery basis or cash settlement) by allowing the deployment of irrefutable and unalterable smart contracts to authenticate the contractual obligations between parties involved.
read more
Platform
7.1
TOTAL SCORE
5.8
ICO PROFILE

Vincent Jacques is the founder of Planorama (2009), a Paris-based AI startup which employs 90 people and which is turning profitable with a sustainable growth. Vincent (main shareholder) appoints a new CEO and starts thinking about his next entrepreneurial project. He’s a crypto enthusiast and wants to be part of a new revolution: the blockchain.

Vincent Jacques Decides To Disrupt The Commodity Derivatives Industry Through The Blockchain.

Among different ideas under review, disrupting the commodity trading industry seems like a good business opportunity. Vincent starts building a small project team and analysing the weaknesses of commodities derivatives markets worldwide. At that time, no blockchain startups exist in this field except for supply chain.
Platform Architecture Under Construction, Built On Ethereum.

A team of developers hired by Vincent starts working on the development of smart contracts run on the Ethereum open-source platform. This is the foundation of the future ChainTrade Exchange: a derivatives market, partly decentralized, partly centralized.
Decision To Prepare An ICO.

The ChainTrade project is so far funded by Blue Tiger, Vincent’s holding which owns a majority stake in Planorama. ChainTrade needs to become independant in order to develop itself and get its own funding. As other blockchain startups raise crypto-funds through ICOs rather than fiat money from VCs, Vincent decides to follow the same path.
Legal Entity Behind The ChainTrade Project Established In Singapore.

ChainTrade Tech. Ltd. is incorporated in Singapore for two reasons. 1st: Singapore seems to be a good place to get a licence for financial markets. 2nd: Singapore is one of the main hubs for the blockchain industry, a crypto and ICO friendly country.
Official Launch Of ICO.

The token is designed, the whitepaper ready. The ICO is officially launched, the sale of ERC20 tokens and the roadshow can start.
ICO Closed.

The ICO is closed with mixed results. On the one side we did manage to convince some crypto holders to support the team and the project, enough to pursue our efforts 6 to 12 months further, but on the other side we did not attract enough professional investors and corporate ventures from the commodity industry.
Strategy To Address Derivatives Starts To Be Questionned.

In view of all expenses incurred in 2017, the ICO will not cover the whole process and licensing fees. After being warned by merchants, brokers and trade finance professionals that we are targetting the wrong market, we are now facing a new challenge: the difficulty to convince professional investors to support this initial vision.

First Split Between A Derivatives Project And A Physical Trading Project.

Facing increasing issues with regulation, operating costs, the question of liquidity and product-market fit, we decided to adapt and apply our in-house technology to a different market: an exchange of cryptocurrencies. The new project is called Nebula Exchange and the decision was communicated to CTT holders via Medium and Telegram.

The Team Is Officially Split Into Two Groups.

Rohan Juneja, INSEAD, is appointed Head of Nebula’s business. The technology behind is ChainTrade Derivatives, the only change being the underlying assets supported for trading. Sebastien Blanchard, who joined end of december 2017, is in charge of ChainTrade Physical. Private Equity starts showing interest provided that this busines stays focused on trade finance.

2 Proposals Made To CTT Holders.

Without committing to any calendar, an alternative proposal is transmitted to CTT holders: a 1 to 1 conversion of their CTT tokens into Nebula Tokens (to be issued when Nebula will launch its own ICO). Or a conversion of their CTT tokens into ChainTrade Physical equity shares, provided a fund raising occurs in 2018.
Nebula Exchange: Beta Version Ready.

CTT holders will be able to purchase Nebula Tokens with CTT on a 1 to 1 conversion rate.
Deadline To Get ChainTrade Equity Tokens Or Get Nebula Tokens.

The deadline to swap CTT against Nebula Token or to buy ChainTrade equity shares with CTT will be 31/12/2018.

Upcoming
Helix
Founded in 2017, Helix Cognitive Computing GmbH is a Berlin-based technology company that is dedicated towards developing and creating a sustainable digital ecosystem that interconnects Everyone and Everything; without intermediaries or central authorities, and at virtually no cost. By creating a “blockless and chainless”, next-generation peer-to-peer digital exchange network, called the HelixTangle, and a Cognitive Cryptocurrency ‒ HLX, the company plans to engage and help shift existing economic and political power structures across all levels of industry and society. Regarding security, Helix is working on the first transaction ledger monitored by Cognitive Security. Data needs to be immutable, and Helix is developing a cognitive security engine to maintain the integrity of data interpretation. With data security being the key order of the day in 2018 and 2019, the fraud-resistant HelixPlatform will facilitate natively secure distributed app development.

Upcoming
Fan360
The first sports community for fans, that covers the complete fan experience. Follow your favourite sports star, club or brand and get rewarded for engaging. 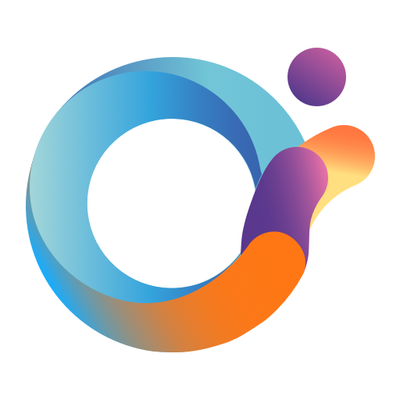